I have always wanted to start a blog. it’s been on my list as I have always enjoyed writing and making interacting with people over social media. The main focus of my blogs is to show my readers the different aspects of life. I travel a lot so I have had the advantage of meeting all sorts of people from different ethnic backgrounds. I tell my readers about different cultures and how to travel to different countries on budgets etc. some of my blogs feature how to hack and make the most of our kitchen supplies. It’s a free world and I love bringing variety to my blogs and viewers.

The impact of Social Media

Social media has such a big impact on our lives these days that its now difficult to live in a world without internet, Facebook and instant access to everyone around the world. The most prominent effect of social media is its hold on marketing. With social media influence it’s easier to communicate and which is a term that describes how a person can affect other people through online portals. It’s an amazing phenomenon where the more influence a person has, the more appeal that individual has to companies or other individuals who want to promote an idea or sell a product. With the effect of social media, companies use it to their advantage by selling the idea of a product, brand awareness etc. 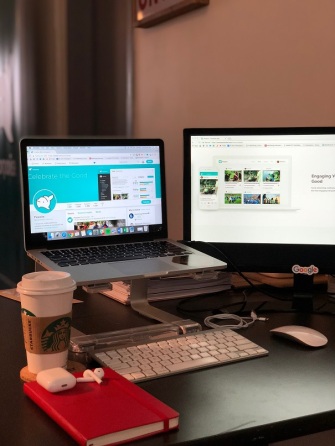 On a more initial step social media can be described as an individual followers or friends. The followers can be on Facebook or YouTube or twitter etc. a more detailed procedure involves finding out who they are and what level of trust they have on the individual. Nowadays individuals have cultivated a whole career around the word ‘influencer’. An influencer is someone that not only has followers that listen to what they say. They have credibility and expertise in a particular field that guarantees them attention in the form of seminars etc where people listen to them. There are many types of influencers which include the most commonly known as celebrity influencers. They have a big following naturally because they are well known though their celebrity status. These celebrities have a specific kind of audience which favours interested companies. These companies use the celebrities to attract this audience to their product or brand.

Then there are the customer influencers that have gained a respectable following due to their personality or reasoning. These influencers rise on various social platforms through interacting with people. Over time this leads to companies using their audience for promoting their products. The most usual kind of customer influencers now days are youtubers. The sponsorship they get from companies benefit both parties. There are also vloggers and common influencers that have gained fame through their music or lectures etc. it seems like the age of social media and its influence has just began and the future looks bright. Its power will continue to grow as its membership increases.

Social media no doubt plays a big role in broadening social connections and entertaining us, but its dark side cannot be ignored. The decrease in self-regulation and increase in peer pressure makes individuals vulnerable and we often escape from the real world. Cyber bullying is another issue has risen over the past few years seriously effecting the younger generation. People tend or prefer to spend more time online now which sometimes lead to addiction. But one can say everything has a dark side which needs to be controlled. No doubt the influence of social media will change our way of living in the years to come. The question is whether the advantages would over rule the disadvantages.

View all posts by allgemeinb2